“Eating is as important as the sky” (Chinese saying)

“Anti-inflammatory” has become become another dietary touchstone in the eternal search for optimum eating.  We see it on the labels for everything from blueberries and avocados to dark chocolate, but what does it really mean?

According to WedMD, inflammation is a process by which the body’s white blood cells and the substances they produce protect us from infection by foreign organisms, like bacteria and viruses.  The reddening and swelling of your finger when a cut is infected is the response of your immune system fighting the bad bacteria and keeping the infection limited to your finger.  Today, however, we are also concerned about the inflammation associated with the body’s immune system reacting to itself.  Sometimes, the body’s inflammatory response is triggered even when there is no foreign invader and the body is basically attacking itself.  Auto-immune diseases like Rheumatoid arthritis, Lupus, or Inflammatory colitis can be the result.

Medical Science has always experimented with the ideas that we can control our health through what we eat. Diet has long been a means to curing sickness, building health, increasing strength and achieving longevity.  Taoist monks actually believed they could become immortal through ingesting certain substances, such as mercury, but like many dietary theorists, they were mistaken.

Let’s get back to the anti-inflammatory diet.  Proponents tell us to avoid inflammatory foods, such as white flour, sugar, as well as fried and highly processed foods that that trigger an inflammatory response which in turn exacerbates the pain, de youression and digestive issues that plague individuals with auto-immune conditions.  Conversely, eating a selection of whole foods, nuts, leafy greens, squashes, root vegetables, fatty fish and healthy vegetable oils tend to minimize this response.  Herbs and spices, such as turmeric(found in curry powder) garlic and ginger are also considered to be inflammation inhibitors.

Common sense suggests that a diet consisting of whole goods,(organic when possible) will provide a strong base for a healthy body.  If your body is contending with underlying conditions such as arthritis why feed it something that will possibly exacerbate your pain?

Michael Pollan, the author of The Omnivore’s Dilemma, says “Eat food, not too much, mostly plants.”  He also reminds us to pay attention to how our body feels after a meal.

Tomatoes give your heartburn? Don’t eat them. If strawberries give you a rash or even whole-grain bread makes you break out,  eat blueberries and see if brown rice works.  If milk gives you a stomach-ache, don’t drink it.  Make deliberate choices based on your response to food, not the latest hype.

Those in urban areas face serious challenges when it comes to obtaining quality food.  Perhaps arranging with other families to secure supplies from a warehouse store such as Costco, traveling to a farmer’s market or joining a CSA may provide alternatives to fast food and poor quality produce in food deserts.  The payoff can be huge;  reduction in Type 2 diabetes, lowering of blood pressure and improvement in general health!

As we leaned anew during the Covid-19 pandemic, food is not just for nourishment.  It is a source of comfort and sensory satisfaction.  Experiment with new foods.  Traditional Chinese Medicine incorporates healthy eating, along with emotional health, sleep and exercise as one of the four pillars of health.

Use the concept of the anti-inflammatory diet to rebuild and maintain your health and your family’s health for now and in the years to come. 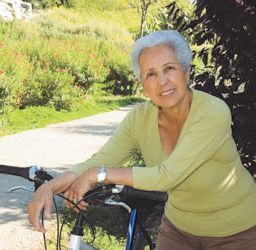 Will acupuncture help me lose weight?

Will acupuncture help me lose weight? I’m getting this question a lot.  A patient coming for pain, anxiety, or insomnia will ask, usually when getting up off the table; will say, “I’ve…